Religions: Study of the Old and the New Testimony

For studying the Old and the New Testimonies in detail, we can use excellent online libraries, from which we can download bibles in several  languages, commentaries to them and a lot of other relevant books.

4 libraries offer many books free of charge and also several, for which one has to pay some money:

4 other libraries offer large collections of books, for  which one has to pay some more money. But they   focus onto professional users.

From most of those libraries one can download software for installation on the computer and then one can download  bibles in several languages and commentaries, which are hyperlinked and many other relevant books.

As an example I use bibleanalyzer,

which is representative for most of the other libraries. 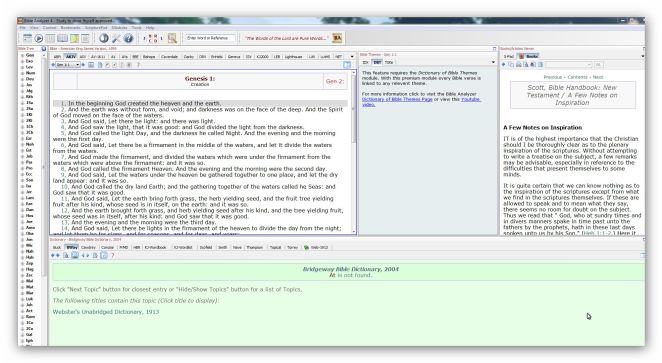 It is  very easy to switch  from one bible translation to another or from one commentary to another.

Why should we study the Old and the New Testimony ?

And one remark, from a pure point of dealing with informations: